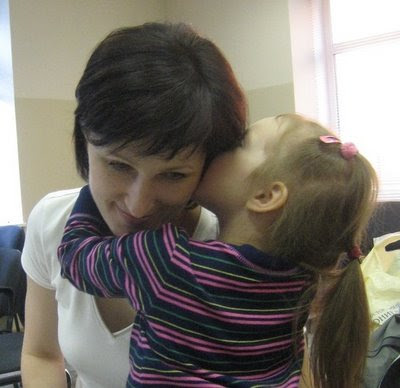 It was a topic that came up at the dinner table. If a person had been very sheltered in childhood, would he be more or less ready for heading into the "real world"?

The answer may not be as obvious as it seems.

In the recent conference I attended, one of the speakers used her own children as an example. When she gave birth to her son, she went back to work after a few months, leaving him in the care of her husband, mother, and other relatives. Now, the son is very clingy and won't let his mother out of his sight. After giving birth to her daughter, she did not go back to work, but opted to stay at home. She and the daughter were always together. The daughter is now very confident and outgoing.

This illustration was used to show how healthy attachments early in life affect behavior later on. Knowing that one's needs will be met gives one the confidence to step out into the world.

In many cultures, for example, children live with their parents until married. Does this extended togetherness prevent one from becoming independent? Or does the relationship instead provide more opportunities for passing on important skills from one generation to the next?

When American youth leave home at age 18 to enter university, are they more independent than their counterparts elsewhere? Or is childhood merely prolonged as American college students live in trashed dorm rooms, living off microwaved snacks?

Does calling home every day indicate an unhealthy dependency or a healthy bond?

Is it necessary to begin sending a child to school as early as possible, in order to encourage independence and social maturity? Does homeschooling prevent such development?

In many of these cases, individual personalities of both parent and child must be taken into account. But I wonder what general patterns exist.
at June 04, 2009