Bummer: Lost about half the photos I had been storing up for this post. :/ It would have been cool to see the transformation, but I've got a few from when we first bought our apartment, so we'll start with that.

The former owners were semi-empty-nesters, and had tailored this multi-room family apartment to meet their needs, including a huge bedroom with matching furniture, etc. They sent the cable from their TV through the wall into the room behind it, which they were using as some sort of cloakroom/walk-in closet? Definitely not standard for Russian city life! But we'll see what happens if we ever become empty-nesters. ;)

The shelves were ugly but came in pretty handy, and we were using that room as an office (the missing photos). We moved some of the shelves down to table level and I did a few craft projects there.

However, we ultimately decided this would be the best room for David (see below). We moved his furniture in there a while ago, but he just started sleeping there at night last month, when we had completed the next phase of the Room Switch.

Click through for the "after" view and some more photos...


Woo-hoo, a new post. Naptime is going by fast, though.

I'm still working on getting my energy back, and unfortunately Andrei has been under the weather. :/ When I last wrote an update, he was getting ready to go to Moscow for some heavy-duty lecturing. Well...he's been back for 10 days and still not recovered. Tonsils and laryngitis, not fun. So basically our May to-do list is hanging around for June.

Speaking of weather, we never really got our spring here in its proper season. We went from non-winter to non-spring (sort of warmish, but blustery all the time), and now that summer officially starts in 3 days, we are having spring-like weather. It's actually quite nice. You just have to wear layers and be prepared for the sun to suddenly go behind the clouds or even a rainstorm to come out of nowhere. I realized that part of what keeps me from enjoying the glorious sunshine is being unsure of what to wear, or not being able to convince David what he should wear. Now that he has worn a coat and winter hat for the past 8-9 months, he refuses to go without them. So on the first really hot day he was sweating buckets and we had to go home early because he got so thirsty.

Last weekend we followed through on some plans and went to visit a "Tulip Festival," which is pretty self-explanatory! We went with 2 other parents with kids, but none of us had our spouses along, so we all three pretty much spent the time trying not to lose our offspring! And then it did rain. So I didn't really see the tulips (only enough to see that David had gone under the barrier), and couldn't even get my camera set up without him running off. But it was fun to do something different and maybe we'll go back to the park, NOT on a Saturday, and WITH back-up so the adult-child ratio is a little more convenient. :)

Trying to update my recipe blog as well which is going at a snail's pace, and catch up on some photo projects-also miserably behind with that, but where there's a will, there's a way, right?


I haven't done a David update in a while. I think there are lots of things kids try once early on, but I usually count it as a fluke until done regularly. So here are some skills David has actually mastered lately.

-making arguments. He now connects ideas with "because" and "so." For example, "Don't touch my chair because it's mine." "Turn on the light so I can see." A lot of times he links seemingly unrelated phrases, which sounds funny, but it's impressive to see him trying so hard to explain things logically (or making excuses to get out of doing something). 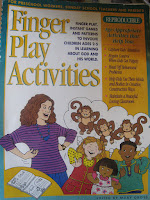 -cooking. This is actually related to something bigger which is his attention span getting longer. He can stand on a chair while we do a whole baking project together, even if I ask him to wait while I wash a few dishes and clear the counter. He can wait until I give him an assignment. Sure, he might have shown an interest before, but he never had the patience to really participate.

-doing hand motions. (see book cover) Again, maybe he tried to do it before, but I noticed it really clicking for him recently. He probably knows more songs than I'm aware of, but he is seeming more teachable in this regard. I got out a book of kids' chants with motions and have been looking for ones to do with him. It says from 2-5 years but I had tried before with limited success, so 2.5 or 3 years old seems more realistic.

The Return of the Prayer Journal


Time for some speed-typing; it's getting late here but I've been trying and trying to write this post, for at least the past week!

I've gotten out of the habit of journaling, but when I do there are always these recurring themes; usually problems that I just can't solve on my own strength. Lately it has always been about sleep issues and trying to be disciplined at the same time.

So last month I had my cold virus after the church retreat, and somewhere in the midst of that wrote a note in my journal asking the Lord to help me not waste time before bedtime. Usually it is because I am avoiding that One Last Thing I have to do, even if it's just brushing my teeth! The next entry is when I was starting to have the weird fatigue that I later attributed to a vitamin deficiency. And when I looked at those entries side-by-side, I realized that the health issue making me drowsy in the evening was not only keeping me off the computer but also helping me fall asleep faster, even when Andrei was going to be up for a while longer. I'm also sleeping better in our new bedroom set-up, which I will post pictures of eventually.

I think a lot of times an illness can help us reset our daily schedules, and it's neat when we can welcome it gladly.

The other thing that is happening is that I've taken over the bedtime shift with David, and that is a big chunk of time in the evening, where I basically sit in a chair in the dark. So now Andrei has the time to work, but my evening is gonzo. Let's be realistic, there's not much more I'm going to accomplish after 11 or 11:30 pm and still go to bed on time. It's a good time to go to bed, but not a good time to start a project or blog post. Not right now, anyway...if I went back and looked at my archives, I bet I'd find a lot of posts published between the hours of 12 and 2 a.m.!

So now I have to reclaim naptime again or something. ANYWAY, lots more to tell, but it will have to wait.

There is a noticeable difference between regular tired and springtime tired when vitamin stores are depleted.


Other things going on around here:


-Catching up with some friends as time and schedules allow.

-Enjoying a few spring days, but then trying to stay warm enough inside when the cold weather is back.

-Booking plane tickets and hotels for summer travel, and having my debit card not work, and then wondering how Andrei is going to get a visa.

-Practicing alto parts and trying to make certain English song lyrics ("you give and take away") sound good in Russian.

-Preparing to send Andrei off to Moscow this weekend to teach an intensive course for a university affiliate.

-Cooking with my newest sous chef. He is starting to be more interested and his attention span is now long enough that I can leave him to go and grab the next ingredient without the kitchen or its occupants going up in flames. "I can't play right now, because I'm cooking!"

A word that people like to throw around in Russia in the springtime is avitaminosis.

Why do I feel like I want to sleep all the time? Avitaminosis. 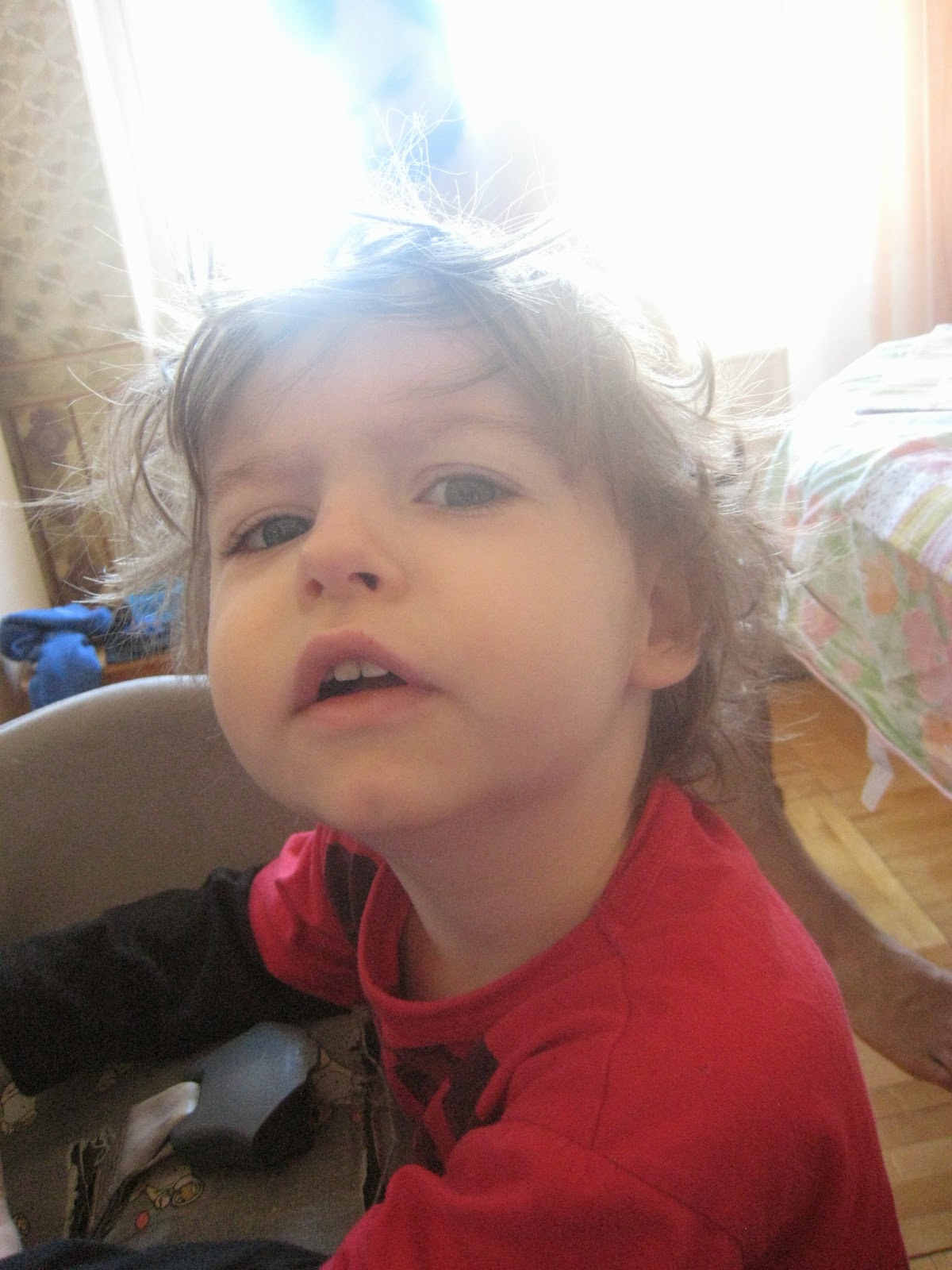 But seriously, it can be so hard to get energized!

We live in an area that has very little sunlight for about 6 months of the year. David usually takes a multi-vitamin, but I realized that I hadn't given him Vitamin D drops all winter, nor have I been taking anything myself.

Last weekend we were at a church retreat, and I came back feeling like I'd been hit by a bus. Yes, we may have a cold virus in the family, but a week later, we still have the sleepies. I'm a total night owl and yet I'm practically falling over my keyboard right after dinner. I don't even have the energy for aimless Internet browsing! It's not the same kind of tired where you haven't gotten enough sleep and/or have been really active physically. It feels more like jet-lag.

I think I'll hit the drugstore tomorrow and refill my supplements. Any other tips? Other than a walk in the sunshine, if we get any.


My mom recently sent me a book, "My Seventh Monsoon" by Naomi Reed, an Australian missionary to Nepal.

I took the book along with me to a church retreat last weekend and read a few chapters while waiting for David to fall asleep.

By the next morning, the earthquake had struck. But I didn't actually make the connection until much later. I walked into the conference room to see my friend who had been to Nepal several times, fiddling nervously with her phone. She mumbled something about an earthquake and her friends there. I didn't have internet or anything all weekend...so as I said, it didn't really register, but I could still see how it affected her. It definitely reminds me of Haiti and how many of my friends were affected by the 2010 disaster. Not a place that I've visited, but whatever burdens the hearts of my brothers and sisters is going to get to me, too.

My (Nepal-loving) friend then went on to lead morning worship for us in her sweet, faith-filled way. Later on Sunday, I finally got home to read the news and learn the scope of the tragedy.