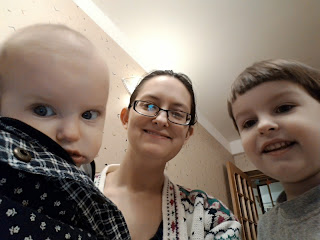 Reading: The Year of Living Danishly: Uncovering the Secrets of the World's Happiest Country

Watching: The Beginning of Life: The Series (on Netflix)

Cooking/Eating: Too many baked goods, including these, these, and these.

Striving towards: Going to bed earlier and decluttering my life.


What David is up to: Counting, gummy anacondas, and everything glow-in-the-dark

What Sophia is up to: Army-crawling, opening/closing drawers, trying finger foods, playing peekaboo


4 years ago, David was a baby and everyone was asking me if/when we were planning on leaving Russia. I wrote about it in this post. 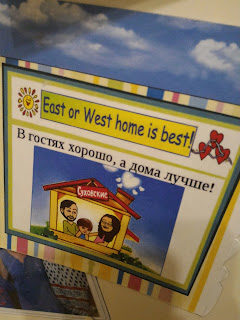 The Urban Housewife and Proverbs 31 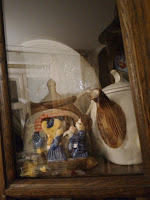 I was a bit bowled over by a blog post I stumbled upon. The blog itself seems like it has a lot of posts about conservative Christian homemaking that I would normally agree with, and I actually want to read more of her writing. However, the more I live abroad and gain perspective in housekeeping/family life, the more I realize that the suburban American Christian vision of a housewife isn't necessarily a universal ideal.

So with that little intro in mind, here is the situation. Someone wrote to this blogger (linked above) asking for advice on boredom and loneliness as a housewife. The blogger had a fairly-anonymous male reader write a response from a husband's viewpoint.

I guess my first issue is with the women who were supposedly commenting that they were bored. I can't even imagine having "nothing to do!" I can't imagine looking around a house that is already clean and wondering what to do next. Every once in a while I will hear a comment from a woman who took up a new hobby while at home with small children, or while they napped. Sure, I take time for a creative project, but if I waited until I did my "chores," I'd never have time for it. Throughout the post, the man discusses how wives can best use their "free time," and it's like he's writing in a foreign language. That might be just me, though.

I will say that boredom can also probably arise from being busy with something that isn't your favorite. I can definitely feel bored doing various tasks or even playing certain games with my kids. So in that case I agree that sometimes an attitude adjustment is needed.

However, I was a bit shocked by this man's harsh assessment of the "modern" woman:


"Whereas in decades and centuries past where the woman worked hard all day long at doing these types of beneficial household activities and ended up contributing so much more to the overall support of the household, nowadays, especially for the stay at home wife/mom, EVERYTHING is left to the husband to earn and provide for while the wives sit at home idle, suffering with loneliness and complaining that their husbands work too many hours." 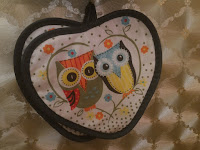 When Andrei and I were engaged or maybe newly married, I remember talking with a friend about how hard it was to find time to spend together as a couple. She had been married a while already and had a few kids, and kind of laughed a little in response. "I remember those days!" she said. And I wondered what other kind of marriage relationship there would be, once you're not striving to spend every minute of every day together.

One thing that happens sometimes if you're church members is that the ministry that might have brought you together in the first place often keeps you physically apart. You might fall in love with someone by seeing him/her serving others, but later that service is what keeps your loved one from coming home earlier. And your family life might be interrupted by ministry-related phone calls. Even weekends are often taken up by "church activities." When Andrei and I were dating, my dad once visited our church on a Sunday, and wondered if we had had an argument. We never even bothered sitting together at services because I would sing on the worship team and then go to sit down just as Andrei was getting up to preach or make an announcement. Half the time I would leave to go teach Sunday school and never even be in the room at all aside from dropping/collecting my coat.

We spent more time together BEFORE we were dating, going to McDonald's after church with our small group! We were all free to just hang out!


Being a mother has made me more isolated, but it's not what you'd think. Just as difficult situations can make or break a friendship, it's similar with parenting, especially in another culture. In my case I think I became somewhat intimidated by Russian mothers, and stopped reaching out. I mention Russian mothers because I think Americans are more individualistic, and can be more tolerant. But I am careful there, too. Just like with politics, I don't bring up certain parenting topics with American friends unless I suspect we'll be pretty much on the same page.

Anyway, when David was a few months old, I was talking to a friend from church on the phone. She'd had her second baby several months earlier. I confessed to her that the hormones were still getting to me. She said "really?" and I didn't know what else to say. I'd just assumed that there were certain maternal buzzwords you just had to utter ("diaper rash"...."teething"...) and another mother would automatically know what you were talking about. But our disjointed conversation made me feel like I was alone.

Pretty soon I didn't want to talk to anyone else about it, either. I didn't want to reveal how many hours a day we spent nursing, how David slept at night, how little we went outside for our fresh air, when we were starting solid foods, or how rarely we visited the pediatrician. And we dreaded the pediatrician, too. I suppose some people like to be reassured that their child is normal, but I resented having to even answer the questions. We have a pediatrician that attends our church, and I feel very awkward interacting with her, as though she is making an assessment just by looking at us.


I was thinking about all the years I've been blogging, and noting how I stopped writing as much. That's true of a lot of blogs I used to follow as well. Even though we all say we don't have the time, I know one issue is privacy. And somewhat related to that, I find myself not wanting to be as candid. When I look back at previous entries, I want to feel casual enough to just write about my day, or share something I'm struggling with. But it doesn't come as naturally. And I feel nervous nowadays sharing what's on my heart.

I observe some pretty amusing things each day, but I'm afraid of just having a "mommy" blog. Yuck. And yet...it also bugs me when women bloggers write about and photograph beautiful things, but never share a word about their daily messes or parenting struggles. There has to be a little bit of real life in there. So, I'll have to let the words come, even if they are about the same old day-to-day issues...like the person currently gnawing on my laptop.

And then 10 years went by in a flash


So I was waiting around for an important anniversary, and now it's come and gone...oh well. If you look at the archives in my sidebar, my very first post was on February 5, 2007. Ten years of blogging! And it's not only the blogging that's interesting, so much as the living that was going on during that time period.

I'll be honest: I find anniversaries on other people's blogs pretty boring. So feel free to scroll on by, but in case you're just joining up and want to catch up on my missionary life pre-kids, etc, here is a selection of posts from each year.

(Side-note: have you ever printed and/or published a blog? Or just backed up the posts somehow? Wondering about a good format...)

2007
-How to choose from just one of the 226 posts? I wrote about faith, culture, orphans, teaching English, Bible study, friendship, and probably food, too. A good representation of that phase is probably the post entitled The State of Things.  It's interesting for me to read about what has changed in terms of ministry opportunities here.


2008
-Lots more thoughts about orphans and missions and life in Russia, but a special shout-out needs to go to my trip to Congo for my brother's wedding, definitely a unique experience. In this post I talk about going to the Congolese Embassy to get a visa, and that was just the beginning! Check out the tag "Africa" for notes about my trip.