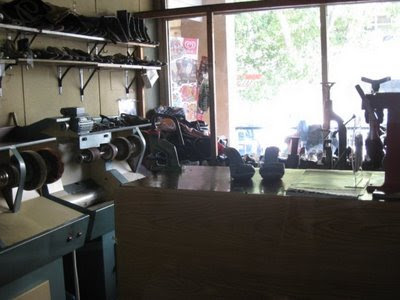 I recently read a book about WW II. But meeting an eyewitness was much more interesting. Just when you think the War is something confined to history books, you meet a veteran...

I took my shoes to get fixed so that I could have them before going back to Russia.

I went to the only shoe repair place in town. The original Polish owner of the family business shuffled slowly over to the counter to help me. He said they could fix it and we set the time and price. Then I mentioned that I needed them because I was going to Russia.

A light came on in his eyes. "Russia! It's cold there! You'll freeze." He said that he had worked with Russians in a P.O.W. camp during the War. The winters, he said, had been cold, 55-60 degrees below zero. I explained that I was going to St. Petersburg, and would dress warmly.