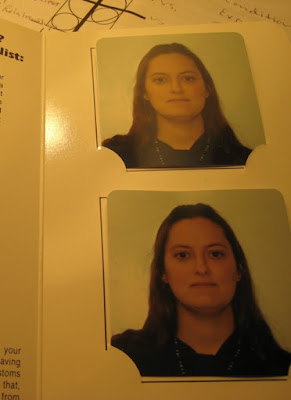 It took me a fair amount of time to put together my Russian visa application. I had done it several times before, but I was using a new company that had some additional requirements.

I don't know anyone who LOVES doing paperwork, but I know some who are good at it or don't stress too much.

For example, I was required to fill in (out?) an itinerary for the travel company (even though I don't have a plane ticket yet because I was waiting for them to give me a time estimate, which they wouldn't give me until they had received my documents and reviewed them).

Now, of course, it makes perfect sense. On the first line you put a destination, on the second a date, and on the third a form of transportation. But when I first looked at it and thought of all the words that could follow "on," I panicked (in my defense, it would be helpful if the statement was a complete sentence, like "The applicant plans to enter __________ on ______ by______.")

This is all a way of saying that my invitation and visa are already being processed! And that, my friends, is progress. The next step is a plane ticket.
at February 10, 2009