I glanced out the kitchen window this afternoon and saw an unexpected visitor. 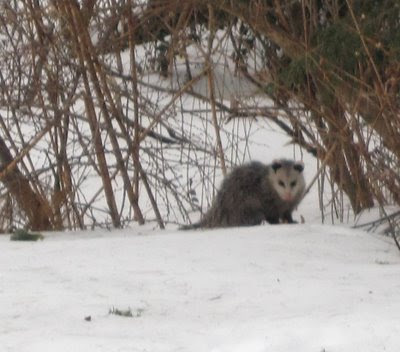 (The photo is fuzzy from zooming in) We called animal control just in case it was unusual for an opossum to be wandering around in the daytime. They said it was probably fine, but we should watch him to see if he's walking as though he's drunk. If he is, it could be rabies. But probably not.
at February 03, 2009