I'd been attending rehearsals for a "praise and worship" night for about the last 6 weeks, and then woke up yesterday feeling congested-yuck. So I stayed home.

It was a week of staying at home. Even though the sun came back, there was a rather brisk wind that made it pretty chilly for outdoor excursions. It was really nice to get caught up on some indoor activities. Andrei had a heavier teaching schedule, so David and I had lots of bonding time. 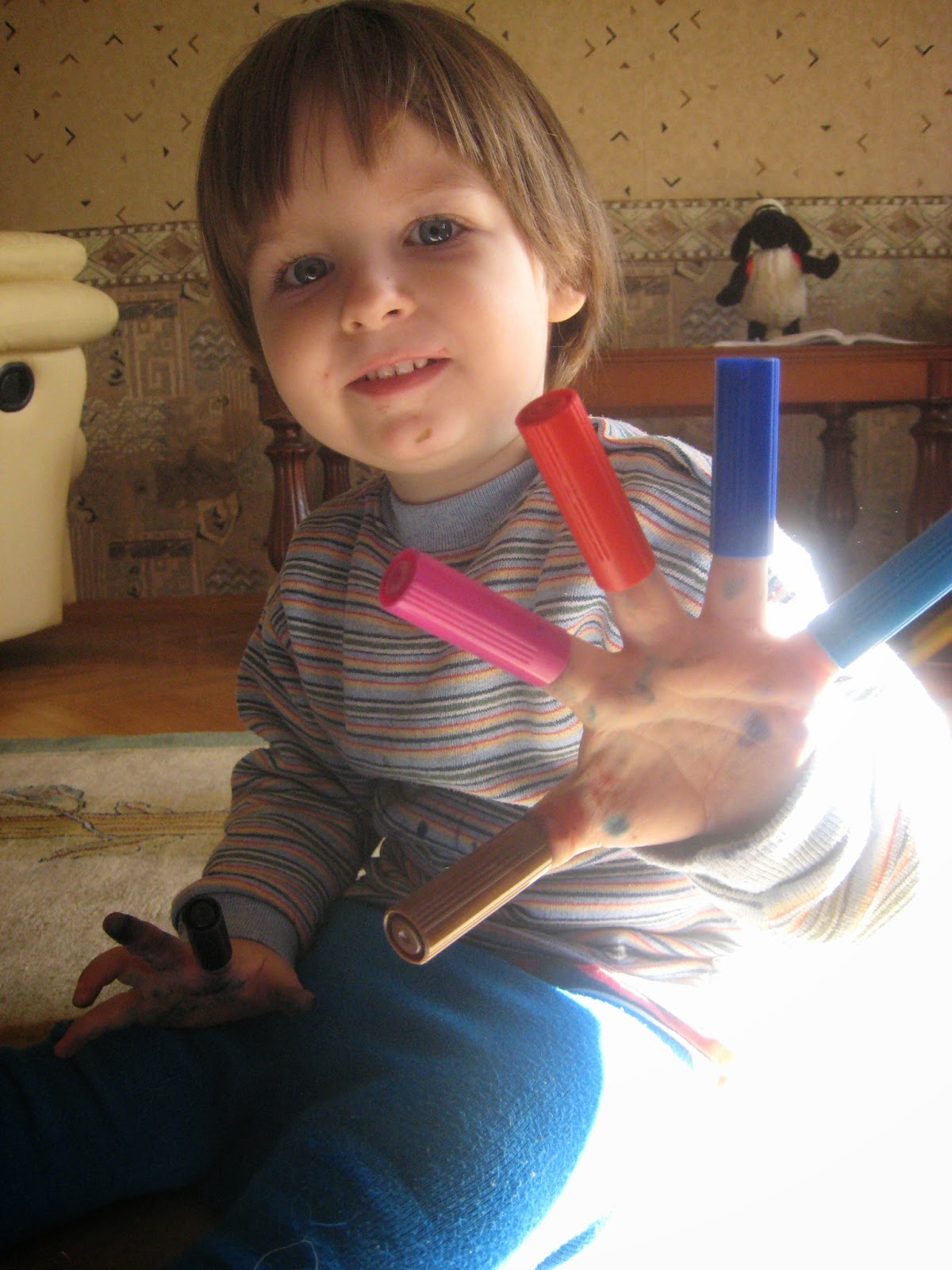 One day, we needed something to do and I had decided not to attempt naptime for scheduling reasons. So we stalled at home as long as possible and then headed outside to the tram stop to wait for Andrei. The last time we did that, we somehow missed him...we froze while waiting, and he came home to a missing family and no lunch ready or anything!

So I made the decision to hop on the tram in the direction of the metro. The only thing that made me nervous was that Andrei hadn't contacted me at all, and there was the possibility of him passing us on a tram going the other direction. That and the fact that David could have a meltdown and not want to get off the tram or go home or whatever. When we got to the metro, Andrei was just leaving work, so we went inside to wait for him near the escalator. David was squirming around and lounging on the ground as he's been doing lately....making his legs go out, if you know what I mean.

Eventually Andrei emerged, and he had run into his dad in the metro, so we all walked to the tram together. Mission accomplished!

Even though David can ride the tram now okay, errands are still kind of iffy (without the stroller) since he can run away at any moment. Plus, the stores themselves aren't always close to the tram stop. So I guess I would stick to stores with shopping carts he can ride in.

The other event this week was hosting Bible study, and that went pretty well. Nina brought some hand-me-down toys for David, and he enjoyed playing with some wooden blocks. There were also some random picture frames that were being discarded. I like the challenge of "re-purposing" something that's actually old, as opposed to specifically buying something in order to "hack" it. Got some fun art projects coming up on the horizon, can't wait!