As it gets closer to summer, my friends and I take advantage of the nice weather to go on various excursions. We look for new and interesting experiences.

Last weekend's exploration involved tree-climbing, roller-blading, and communing with ostriches in a mini-zoo. If you've never heard ostriches making noises, you're in for a surprise.

Yesterday after church we decided to visit the Oreshek Fortress, which was the site of many historical negotiations, as well as serving as a political prison.

To get to Oreshek, we took the metro, then a bus. Once we were in Shlisselburg, the final step was to take a boat over to the island. The ferry wasn't in operation, so we hired a motor boat to take us all over there. 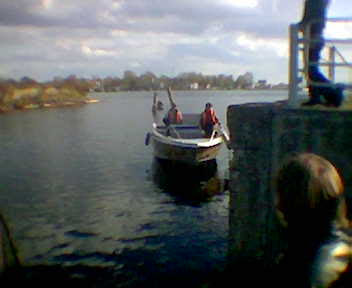 To get into the fortress, you are required to join a tour group. While we waited for the next tour, we had a picnic lunch. The weather was nice; sunny for the most part, but with a few rain drops to settle the argument over whose weather forecast had been more accurate. 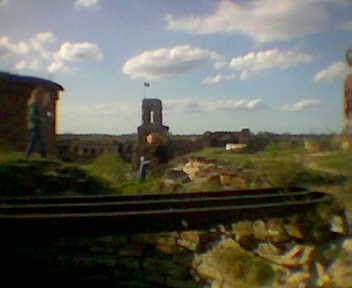 We followed along on the tour and learned all about the different towers, battles, and eccentric prisoners who had stayed there. 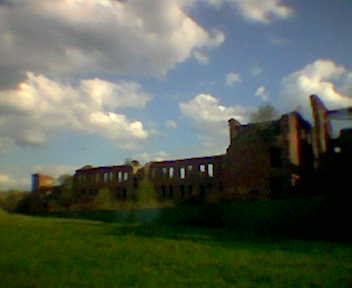 After the tour, we were allowed to explore on our own. Some members of our group had been there before, and knew of interesting places to check out, which may or may not be open to the general public. 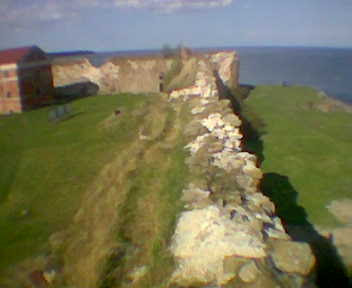 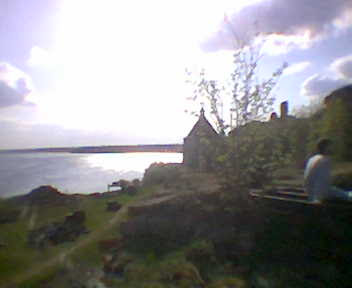 It was getting late and we didn't want to spend the night on the island, so we left the fortress and found another motor-boat back to the mainland. This sunlight was captured about 7pm. It's very light here! 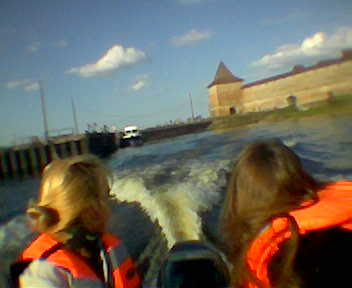 Before we left Shlisselburg, we did a little more climbing. 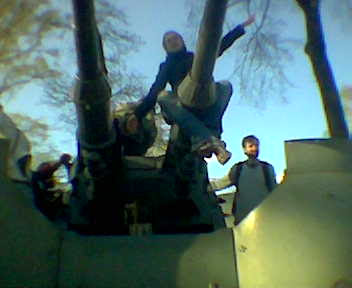 The picture below makes me laugh every time I look at it. Only a few people had brought cameras, which is why I had to take all the photos above on my cell-phone. We asked a certain member of our party to take a group photo with one of the few cameras, and this is what he came up with. This was not planned, we really were not looking at the camera. Not a single one of us. I guess we needed a better cue. 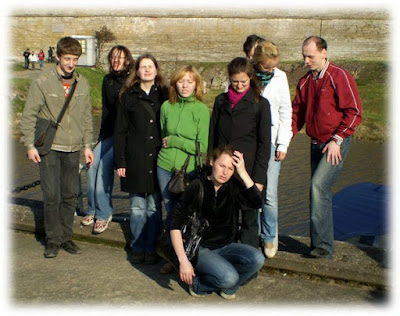