No more pencils, no more books...

My Russian visa expiration coincides with the end of the school year. The kids are feeling antsy and packing their bags for camp.

I was trying to plan a final lesson for the orphanage, and felt lethargic and uninspired all morning. I didn't want to embark on a "what are you doing this summer" kind of topic.

With an hour to go, I had a few ideas, and went off to the orphanage armed with a birthday snack, a board game for reviewing all the old material, craft supplies, and certificates for finishing the course.

Thankfully, I left the house in plenty of time. When I got to the train station, my train was leaving 13 minutes earlier than usual, and the next one was canceled. I was in time for the first one, and used the train ride to finish writing questions for the board game.

The kids were in the playroom watching MTV (or a Russian equivalent, I don't know what the channels are called). The boys were in there too, and they hadn't been coming to class, so I decided to scratch the review. The birthday girl was not there, so we enjoyed the snack without her.

I decided to get out the craft supplies. The girls had been asking me for earrings all the time, and I had recently reclaimed some belongings from the apartment where I used to live, including jewelry-making supplies. So I told them they could make some earrings if they wanted. They grabbed and whined, but stayed busy for close to an hour, so maybe that means they were happy? 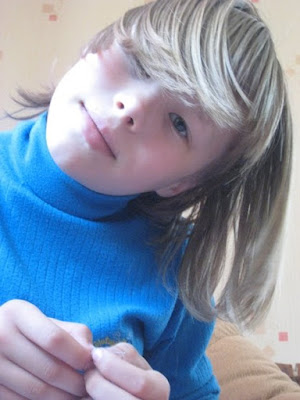 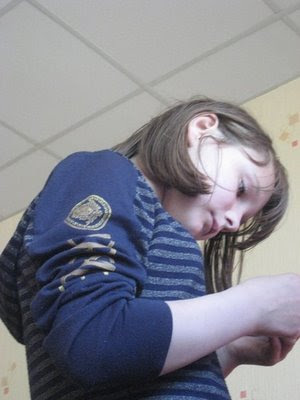 The boys hung out for a little while, making bracelets and other manly things out of wire. Then the kids decided to start testing my limits and asking me to play with my cell phone. 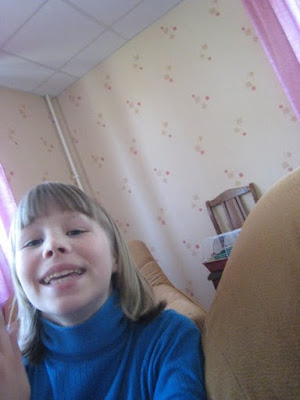 This is me sternly saying no (for some reason I remind myself of my mother here): 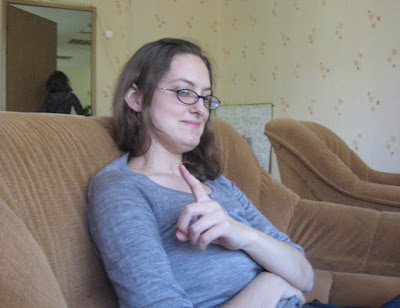 I made myself walk slowly to the bus stop so I could enjoy the nice weather. These hand-painted signs are one of the distinct features that I notice in Russia. You see them in stores, forms of transportation, and parks like this one. It always gives me a sense of nostalgia as though I'm in school or living in another time. 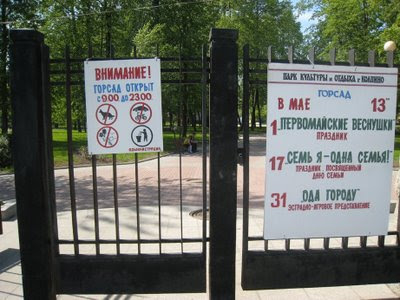 It's a lovely little park. 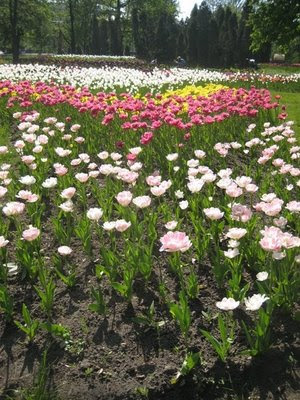