International Women's Day was on March 8th. After my Saturday lessons, I celebrated Women's Day by going out and buying myself a skirt, so I could feel a little more like a lady. :)

In the evening I didn't feel like sitting at home, so I went to a free classical music concert featuring a piano/violin/cello trio playing Schubert and Tchaikovsky. It was very relaxing.

I got home and fell asleep before midnight (although I kept being woken up by text messages which had been delayed by holiday traffic). On Sunday morning I didn't have to rush because the guys at church had taken responsibility for worship and childcare, so I didn't have any rehearsing or set-up to do. In the metro people were still laden with flowers and gift bags. Apparently the holiday was continuing.

At church the men led worship and then we listened to a women-themed sermon which began with a poem about the ideal "Russian woman" who is all sweet and hospitable at home and then the next moment can be found out in the fields swinging a sickle. But the sermon was actually based on a different text, Proverbs 31. Biblical, yes. But attainable? I'm not sure which model of the "ideal" women is more realistic. :)

We were also treated to Psalm recitation, serenades, and other musical numbers. I made a little video (see the end of the post) with some excerpts. English-speakers should recognize the first song! 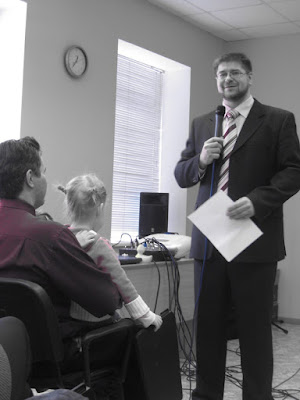 Another one of the songs was dedicated to the little girls at church. Most of the families have daughters. A few families have boys, but those families come less often, so it often seems like we have only girls! The guy who sang the song for daughters has a 3-yr-old. She and another 3-yr-old often roam around during the service. In and out, in and out, following after each other or looking for a "stray" parent. An endless loop. When the song for daughters began, they had been out in the hallway, but soon entered the room. They glanced at the wall where a slideshow had begun. "That's me!" one shouted, recognizing her photo. They both got up close to the slides, pointing and shouting with joy. 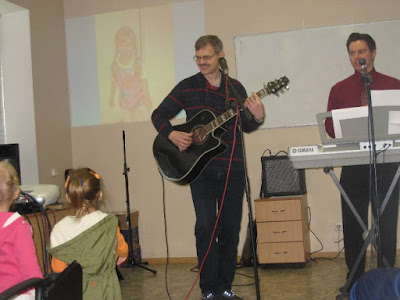 It was an "audience-participation"-friendly concert. At the end, we finally got to find out what was in those mysterious boxes, as the men passed out chocolate to the ladies. It was a good holiday. 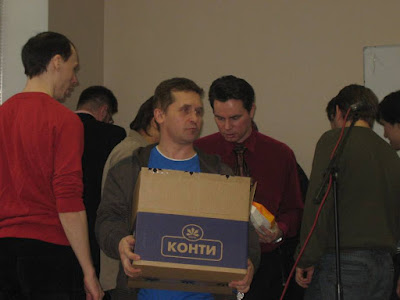 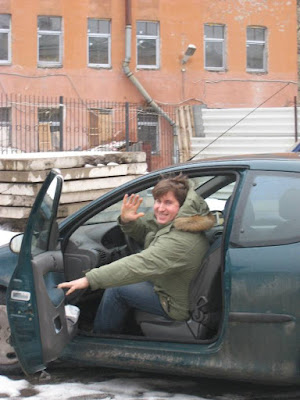 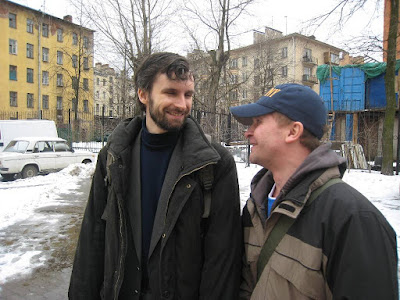