I was contacted at one point by a woman who visits the same group of invalids with whom I am acquainted. It was great to make a connection that had the potential for future collaboration. 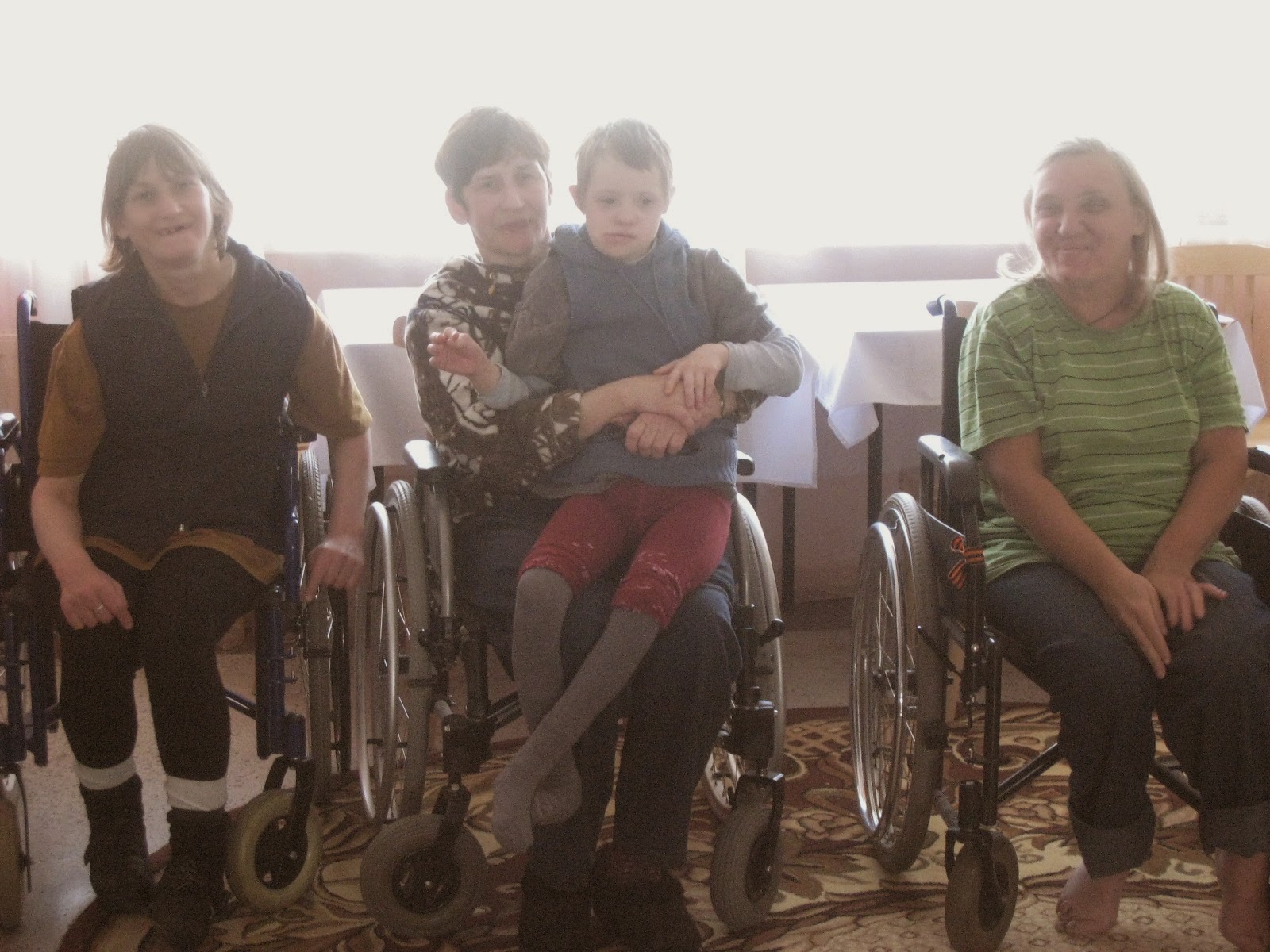 So we became "friends" via social networking, and started to correspond, though never meeting in person. I was encouraged to see the work she's been doing.

Except for this one tiny detail...

And you know, she might have even been there before when we visited. I kind of might have avoided getting acquainted.

Maybe I'm going to lose a few friends for even admitting this, but I'm not very good at mixing (in a religious context) with people of other confessions (that is, non-Protestants). In 10 years of life in Russia I still kind of shy away from deep relationships with Orthodox believers. There are certain topics that we have to avoid. And I realize that some of it is tradition and not really doctrine/belief, but it just feels like it comes between us sometimes. I'm not talking about casual friendship, or even good friendships with Russians who are nominally Orthodox, but when it comes to really partnering in the Gospel...is it possible? And if so, how?

Today I happened to see some caustic comments written by someone who is against adoption of Russian kids by foreigners. Thank GOODNESS Americans aren't allowed to do it right now, they added. My heart didn't respond very graciously and my fingers might have typed a few spirited comments of my own.

I was reminded that, to the rest of the world, we Americans don't do a very good job of minding our own business. And missionaries may or may not be the worst of the lot...we just don't give up, do we?

Unfortunately, politics do play a role in these issues. And I realize it partly bothers me because I am letting it. Perhaps I am too quick to take offense.

But this woman, the church worker...I saw what she wrote on her own page. Help the kittens, Help the invalids,...Laugh at America. And my heart seized up and I felt like a hypocrite writing to her cheerfully about field trips and birthday presents and massage therapy.

I went to bed last night pondering this problem. And when I was traveling home from church today, I saw her through the window of the metro car before the doors even opened. I knew this church worker instantly from her profile picture. In a city of 5 million, God sent her to my metro car to meet in person. It was unplanned, you see...in fact, I think I scared her half to death as I darted from my seat and blurted out her name. "It's Elizabeth," I said. "We've been corresponding..."

We found two seats next to each other and had a little chat as we rode. We live at opposite ends of the city, but she happened to be going up north today, and our family happened to be riding on a different metro line, to go the same way as Andrei's parents.

The church worker is interested in Psychology, as she said. It isn't my area of expertise, but I shared about my work in the orphanages. I know she values personal relationships, and I shared how hard it was to find time with how busy they keep the children. She snorted and rolled her eyes. "They told you THAT? You have to understand that it's nonsense. They just don't trust you because you're a foreigner, your accent...they might be afraid of you." Liz, don't come in today. The kids need to practice their song for Victory Day, and memorize their lines. They've been SO tired! And then I tried to explain how the orphanage counselors are my friends and give me birthday cards and come over to my house for tea and fellowship. But the opportunity was slipping away...it felt like we were on different wavelengths. A tiny bit of hope arose in me...maybe she just hasn't met an American before? She has said she doesn't actually know English. Maybe I'm the first American she's talked to...maybe the first Protestant, too.

That was pretty much the extent of our conversation, aside from tossing a few ideas back and forth. I wish I could say we bonded or that all my prejudices melted away...and it really didn't feel like anything earth-shattering. But perhaps the tiny seed of something good began to grow.