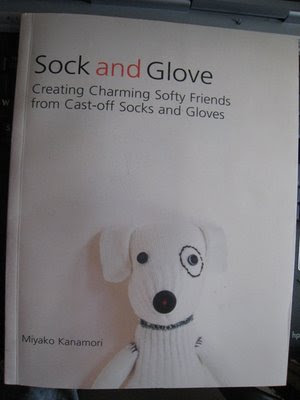 I am not sure what prompted me, but I decided to put a book my mom gave me to use. Instead of getting rid of some old socks, they became a part of my new project.

I'm sure one day soon it will sink in that sock animals take up more room and are harder to throw away than the little bag of odd or damaged socks in the bottom of the closet. But the message hasn't gotten through to me yet.

Did I mention that I don't know how to sew? Actually, I technically know how, but it's not, shall we say, my "gift." I like the designing and constructing part, but I'm lacking a little on the execution. That's why I thought a sock animal might be a good project for me. After all, you can say that a stuffed animal "has character," instead of a "sloppy stitching job." 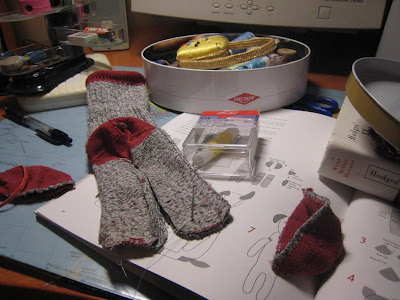 The book I was using is Japanese. Origami is Japanese. When I do origami, I sometimes get stuck between two steps. I can't figure out how one picture morphs into the other. 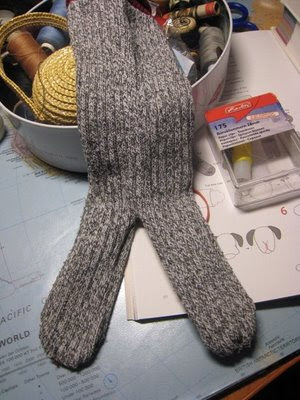 Guess what happened when I was making the dog? There I was, in the middle of shaping his face. And I encountered the dreaded missing step. No matter what way I twisted his face, it would not end up like the picture. So I ended up with a dog "with character." 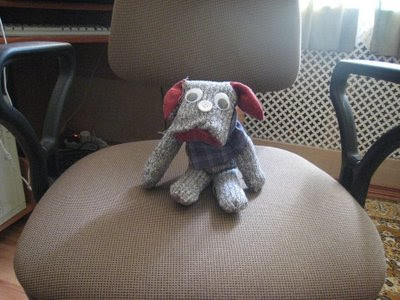 What, you wanted a close-up? 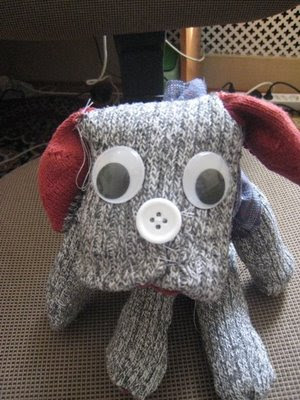 (One of his eyes fell off after I took this photo)

For photos of what other people have made, check out the book review on Amazon.