I love the way finished felt projects look, so colorful and pretty and homey! I haven't quite mastered the medium, though. I seem to do better with paper, but maybe I will conquer felt in this lifetime!

I started making a felt Christmas storyboard for David last year, and lost momentum. So I took it up again this year.

-representational, but simple
-big and sturdy enough for David to handle
-removable pieces that could be moved around

Last year I cut out some figures but found them too floppy. Maybe if they were smaller it wouldn't have been as much of an issue. This year I finally fortified them a bit.


Not all felt is created equal...it doesn't necessarily stick to other felt (without adhesive), and depending on the thickness might also need a pretty strong glue to hold together permanently.

Meanwhile, David wanted there to be eyes, hands, feet, etc. So I added those later.

It turned out that he was dead against Jesus having clothes or a blanket of any kind, so I had to make a new naked one, which he was pleased with. 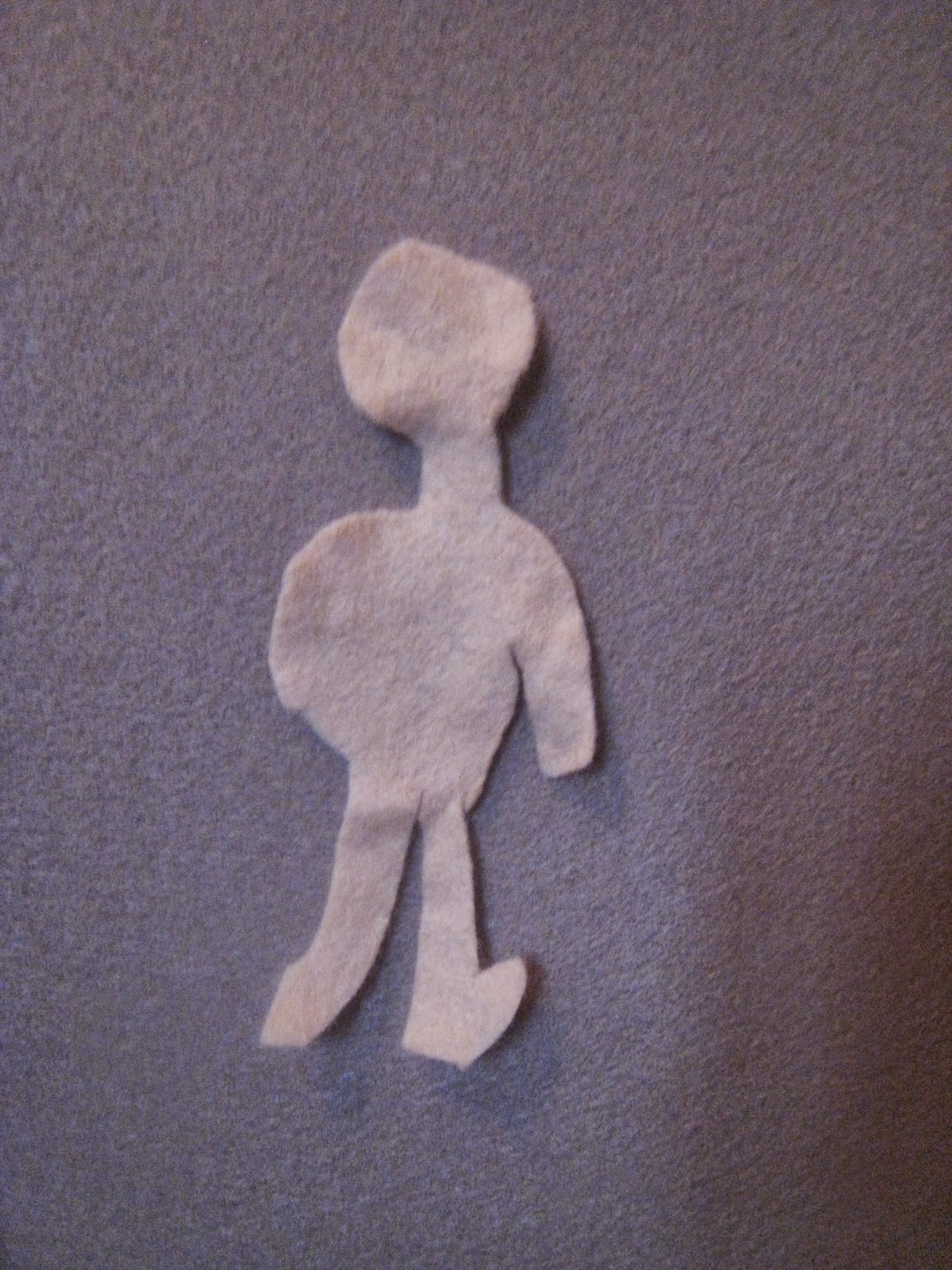 My figures definitely aren't anything to sell on Etsy, but I think they'll do for the toddler years and then maybe David will help me make a new, more sophisticated set!

He likes to play with them as a family unit. Mommy Mary nurses Baby Jesus, Daddy Joseph takes him around in the "stroller," etc. The Angel Gabriel has been referred to as "Doctor."


No shepherds or wise men this year...maybe another time!