Mary sent me some photos she took from the last time she visited the orphanage with me. After that I only visited one more time before leaving for the States.

There were two pictures and this was the silly version. The kids look like themselves. :) The girls looked especially cute that day though, because they were dressed up for some sort of dance recital.

Misha, center, on the floor, is on the brink of being adopted. He probably won't be there when I get back. I didn't manage to get his new address, although I doubt he knows it anyway. So I'm not sure how I will be able to get in touch with him. All I know is that he was hosted by a family in Texas a few years ago, and now he's being adopted by a family from Dallas. I'm not sure if it's the same family or not. But I'm pretty sure they're Christians. 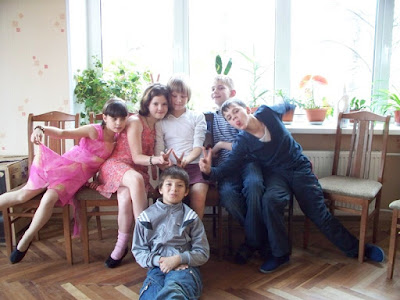 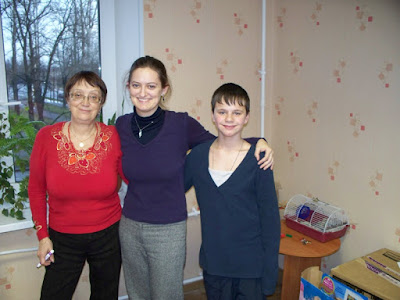