We carried out the first of several holiday events in the orphanage last week. At first we wanted to put on a Christmas performance, with gifts and entertainment. But the orphanage said that they had their own plans and would be celebrating the Russian Orthodox Christmas in January. They did agree to letting us organize a craft and decorating session.

We planned many crafts and brought all the materials. It didn't go exactly as planned, but we managed to decorate some of the main rooms... 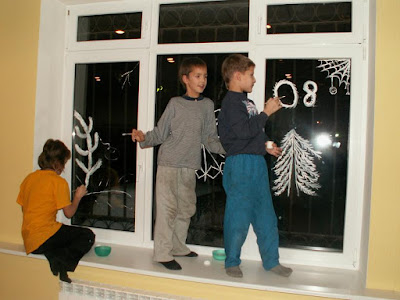 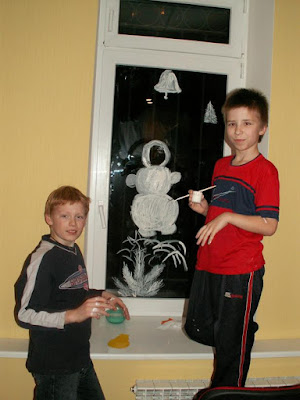 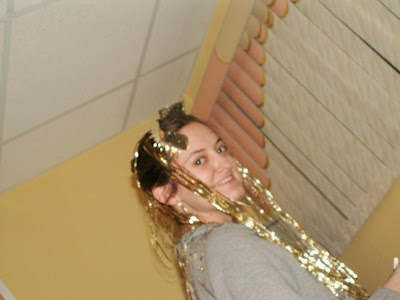 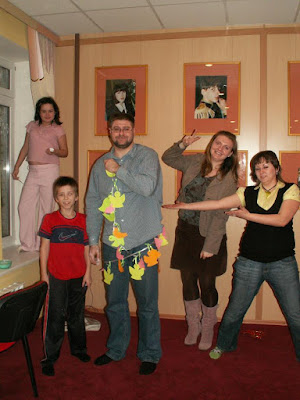 Even some of the older kids got involved. 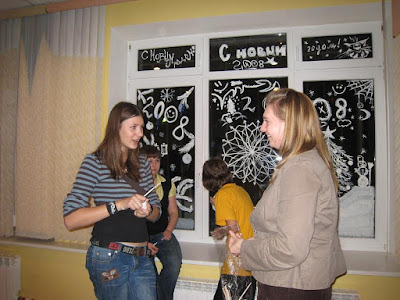 We hope that the kids will get used to having us around and that long-term relationships will be formed between adults and kids.

Update: We've been given permission to put on a Christmas program in the orphanage next Sunday, December 23rd. This is wonderful! Our project team as well as church members are busy preparing some music, skits, and games, as well as gifts for the kids and orphanage staff.