I got to the orphanage yesterday and the teenage boys approached me mumbling something in "English." Apparently they had heard it on the radio or something and wanted a translation, but I couldn't understand a word they were saying.

"But you supposedly know English!" they laughed.
"That's not English!" I said.

My hesitation led them to believe that I simply didn't want to reveal the true meaning of the words. I probably should have just made something up.

Lolita was alone today and we worked on her "passport." It's a little book with biographical information, which the kids can use to collect stickers. Lolita is getting adopted soon, though, by a Christian family from the U.S. The court date is supposedly in a few weeks. She went on our hosting program a year or two ago. Since then, her orphanage hasn't been very cooperative, especially as far as Americans are concerned. It's too bad because the kids there are fairly needy. Perhaps once our Russian hosting program gets off the ground, the orphanage will be more open to working with us. 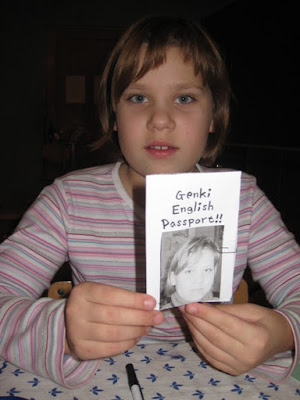 Then Zina came in and tortured Lolita for a few minutes while we finished up the lesson. I still haven't figured where Zina was all that time. I asked her where she was and she said "I was out." I said "For a whole year?" and she just giggled. 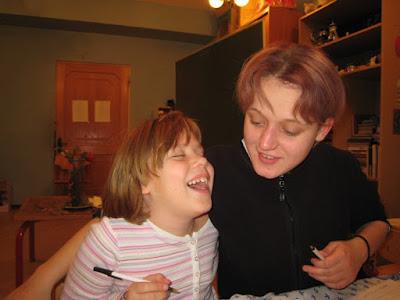 I went on to the next group, where we finished up passports as well. Every single child, upon being given the gluestick, immediately took the cap off and sniffed the glue numerous times.